UrbanThings and Newport Transport have been working together to provide a smart ticketing solution for bus passengers in Newport, Wales.
The product consists of a sleek passenger app providing m-ticketing and RTI, and a cloud-based back office for the Newport Transport personnel.
The Newport Transport app went into beta mode in March 2020, with a plan to launch on iOS and Android in spring 2020.

We are delighted to be partnering with Newport Transport to provide a smart travel platform that brings together RTI and m-ticketing in a single app. The team there is eager to be at the forefront of new innovations, and we look forward to the ongoing relationship as we work with them to future-proof their systems.
Carl Partridge - CEO, UrbanThings UrbanThings launched their smart ticketing platform Ticketless™ to the City of Ipswich in partnership with Ipswich Buses.

UrbanThings worked with Ipswich Buses to provide a passenger app and accompanying cloud-based back-office reporting system for use on their services.

The Ipswich Buses app launched in November 2019 across the city and is available for iOS and Android.

Our company had been looking to develop and launch our own m-ticketing and journey planning app for some time. We are always looking for new ideas to attract and retain customers so having our own app was the next natural step after successfully launching contactless payments. It was important to Ipswich Buses that our app was white labelled and was not a generic product. When we met Carl and his team they were very accommodating and showed a genuine interest in our business and our requirements. They have worked seamlessly with our own team to develop and launch the app.
Steve Bryce - General Manager, Ipswich Buses 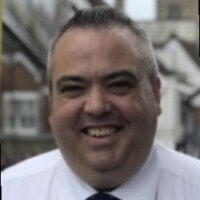 UrbanThings partnered with Richmonds to provide smart ticketing and passenger analytics for their private shuttle services to a business park near Cambridge.

UrbanThings worked with Hertfordshire-based Richmonds to provide institutional ticketing to employees of a local business park. The business park required secure, private ticketing and real-time passenger information that was only available to employees. There was also a need to understand exactly which employees had used the service, in order to apportion subsidies to various stakeholders. A white-labelled app was deployed in just 6 weeks, with secure institutional ticketing and route information only available to employees of companies based on the park.

“More of our contract clients have been requesting a travel app that on the one hand delivers a better service so that their staff can view timetables, receive alerts and track coaches, whilst on the other hand, gives transport managers increased visibility for route optimisation, and improves on-boarding security via e-tickets with anti-fraud measures. In the long-term, the information gathered by the app will enable us to help our clients to reduce their CO2 footprint and improve our service delivery. In developing the Richmonds Smart Travel App, UrbanThings have understood our requirements and delivered on them. We look forward to optimising the potential of the app and rolling it out across our various services.”
Andrew Richmond - Managing Director, Richmonds UrbanThings partnered with Pilkington Bus in Lancashire to provide flexible mobile-ticketing with zero on-board hardware required for their school services.

UrbanThings worked with Pilkington Bus to develop a replacement app for their existing ticketing system. The Pilkington Bus app launched in June 2019, after a delivery period of only 4 weeks. Their school services vehicles did not have ticket machines installed, and therefore UrbanThings’ Hex Tag technology provided a practical low-cost solution.

Since the introduction of the Ticketless app, we've seen an increase in passengers using mobile ticketing, as well as a decrease in fraud due to the various security measures the app has in place. We're looking forward to seeing the new innovations that will be added to the app as the product develops.
John Threlfall - Pilkington Bus, Lancashire We worked with IVU Traffic Technologies and StadtVerkehr Detmold to build the new SVDsmart app and back office as a replacement for the existing app and ticketing scheme.

The Ticketless app has proven to be a very attractive product for the city of Detmold and is very well suited to offer simple ticketing on a mobile phone. The app was quickly introduced thanks to the professional and dedicated project management of UrbanThings and IVU. With the planned expansion, the app will quickly become the central component of the digital sales strategy of the city of Detmold.
Wolfgang Janz - Managing Director, Stadverkehr Detmold We worked with Esoterix to build the SevernNet buzz app and accompanying back-end system as a replacement for their existing smartcard scheme. UrbanThings worked with Ticketer to develop and publish ZipTrip, a bespoke mobile app built on top of our tried-and-tested core code. Additional features include:

We sought UrbanThings as our mobile partner because of their demonstrably strong track record in building robust and feature-rich apps. We look forward to working closely with them to realise out vision for the future of public transport.
John Clarfelt - Managing Director, Ticketer